Once again, AAMI Victoria Derby Day has delivered one of the greatest days on the Australian racing calendar.

It was a fairy-tale first Group 1 win for Denis Pagan. The AFL dual-premiership winning coach turned racehorse trainer won the 167th running of the $2 millionGroup 1 AAMI Victoria Derby with Johnny Get Angry. Pagan is the outright owner of the Flemington trained three-year-old, the first horse in his stable.

Earlier in the day, the Group 1 Coolmore Stud Stakes saw the fillies beat the colts and geldings to take out the quinella, with September Run winning the race for Chris Waller and Craig Williams. Waller enjoyed a Group 1 double by subsequently taking out the Group 1 Kennedy Cantala with Yulong Prince, ridden by Damian Lane. Shout The Bar won the Group 1 TAB Empire Rose Stakes for fillies and mares in a photo finish for Gai Waterhouse and Adrian Bott.

Off track, Multiple ARIA-winning genre defying artist Illy performed his energetic hit anthem, ‘Then What’, from under Story Bridge in Brisbane. Former Australian Crawl front man and rock royalty James Reyne had audiences singing along to his 80’s cult classic, ‘Motor’s Too Fast’, in a pre-recorded performance at the Flemington Racecourse Winning Post.

Everything you need to prepare for a thrilling day of racing.

Everything you need to prepare for a huge day of racing, including track and weather conditions, race results, latest news and race day catchups.

Recreate a Flemington favourite at home. Great food and drink ideas, inspiration and recipes to indulge every race day.

Dress up to win

The 165th running of the AAMI Victoria Derby was a race full of firsts. AFL Premiership winning coach, now Flemington-based trainer Denis Pagan, combined with apprentice jockey Lachlan King and the maiden galloper, Johnny Get Angry, to pull off a fairytale victory in the G1 feature. 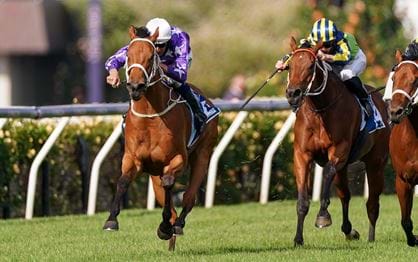 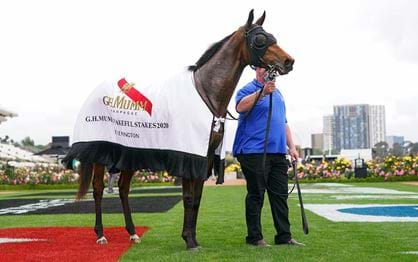