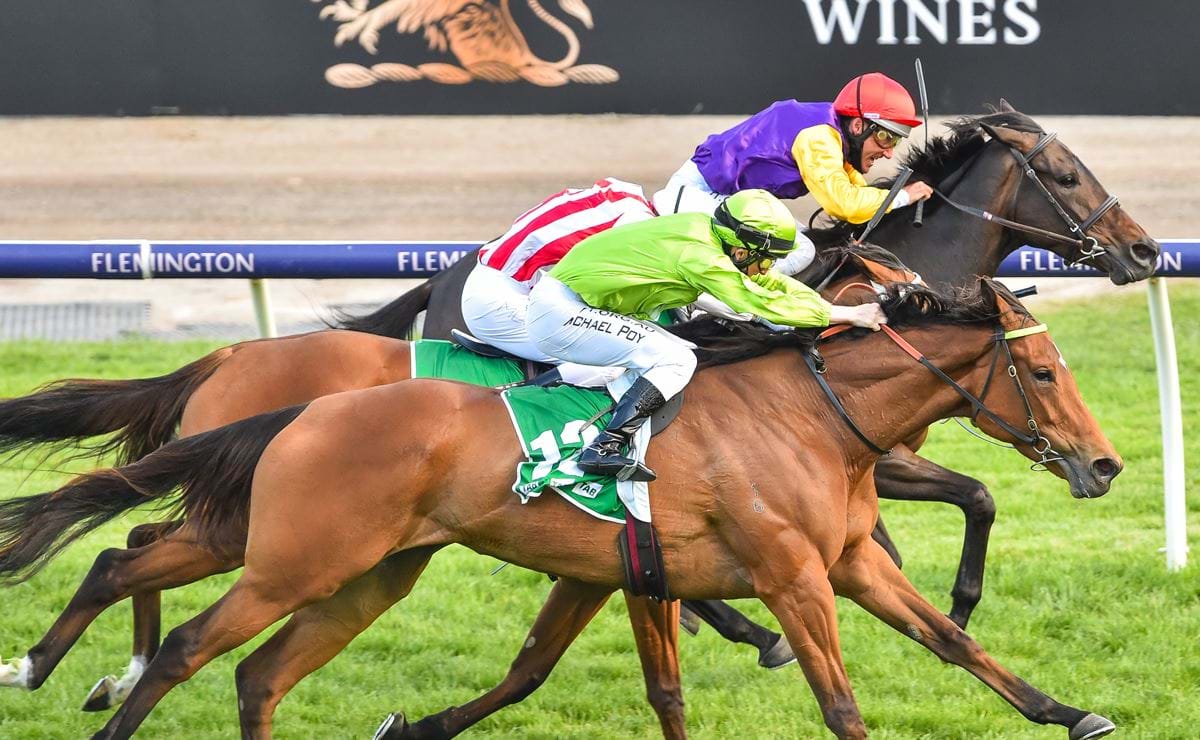 After placing in the Group One Australasian Oaks in the autumn, Dan O’Sullivan’s talented mare Affair To Remember has broken through to land Group Two success in the TAB Matriarch Stakes.

Slow out of the gates, Affair To Remember settled at the rear of the field before lengthening down the centre of the straight to score a short half-head win over the Danny O’Brien-trained Paradee  and the Chris Waller-trained Toffee Tongue

Trainer Dan O’Sullivan said it was brilliant to finally breakthrough and win on the final day of Cup week.

“It’s a big relief for the owners who have stuck thick and to get a Group 2 win after getting a Group 1 placing in the autumn is a really big tick for her,” he said post-race.

“She’s always shown ability but she makes it tough on herself walking out of the start like she does, but she’s run some great races. This has been my target, to get to the 2000 (metres) at Flemington.”

Apprentice jockey Michael Poy was thrilled to retain the ride on the mare during such a competitive time of the year.

“I know I’m still an apprentice and I’ve had a fantastic spring so far as an apprentice. I know that senior jockeys would have been calling up to get this ride today. Credit to the owners and trainer for keeping me on,” he said.

“I know my mum and dad would be so proud. And my girlfriend. I’ve got so many people to thank.”