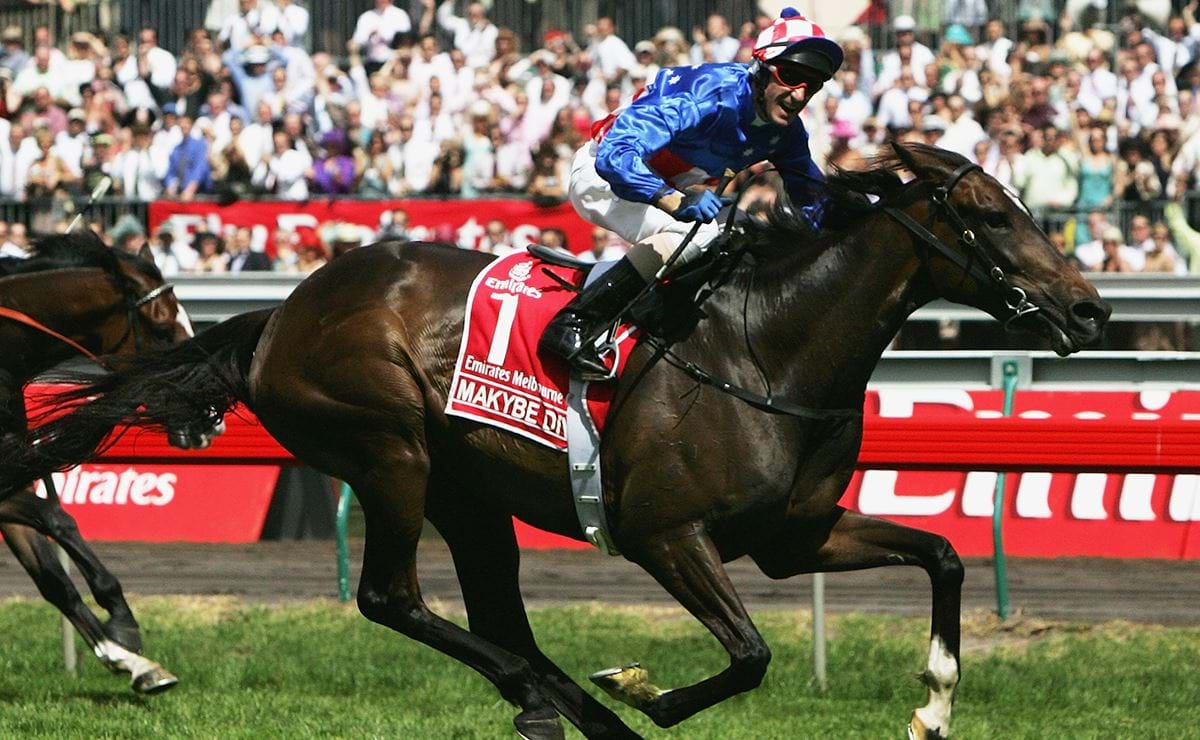 The Victoria Racing Club (VRC) is delighted to announce that Australia’s staying superstar, Makybe Diva, will return to Flemington on Lexus Melbourne Cup Day, Tuesday 3 November, to commemorate the fifteenth anniversary of her unprecedented third victory in the Melbourne Cup.

Prior to the Group 1 Lexus Melbourne Cup next Tuesday, the great mare will parade in the Flemington Racecourse Mounting Yard, the scene of her ascension to equine immortality in 2005.

The winner of seven Group 1 races including the Cox Plate, Australian Cup, Sydney Cup and the Tancred Stakes in addition to her three Melbourne Cups, Makybe Diva is considered an Australian sporting icon akin to Sir Donald Bradman and Cathy Freeman OAM. She was presented with the inaugural Spirit of Sport Award by the Sport Australia Hall of Fame in 2005. She was retired from racing after her landmark 2005 Melbourne Cup triumph. Now 22, she has recently been retired from breeding and glows with health, a testament to the wonderful care she enjoys at the stud which bears her name.

VRC Chairman Amanda Elliott said the Club was enormously grateful to Tony Santic for his generosity in sharing the champion mare with the public once again.

“That unforgettable image of Makybe Diva standing still on the track in front of the grandstands after her third consecutive win in the Cup always makes me emotional. She had taken all before her, it was her last race, and she stood and watched as nearly 110,000 people rose to applaud and respect a great champion,” Mrs Elliott said.

“She brought people to the track who had never engaged with racing before, and her victories became their victories. She demonstrated an enormous will to win despite the odds, and that courage combined with the three victories in Australia’s most famous race, really resonated with the entire population.

“There is a whole generation of Australians who fell in love with racing thanks to Makybe Diva, and on behalf of the VRC, I give great thanks to Tony Santic for sharing her with us all over again.”

Owner Tony Santic said he was pleased to share the champion mare with Australia again, 15 years after her last public appearance.

“She is such a special horse and she brought so much joy to not only my family but the whole nation during her racing career,” Mr Santic said.

“I hope that in her first return to the public spotlight in 15 years, in a year that has been so tough for so many Australians, she helps lift the spirits of all, and that her appearance at Flemington educates new generations about one of our nation’s greatest sporting heroes.

“I couldn’t think of any place and occasion more suitable than the Mounting Yard at Flemington on Lexus Melbourne Cup Day. I can’t wait to be back there with her!”

Makybe Diva will parade in the Mounting Yard ahead of the 2020 Lexus Melbourne Cup and will be a highlight of Network 10’s pre-Cup build-up from 10am AEDT.

Network 10 is the exclusive broadcast partner of the 2020 Melbourne Cup Carnival with all races live and free on 10 and streamed on 10 Play.