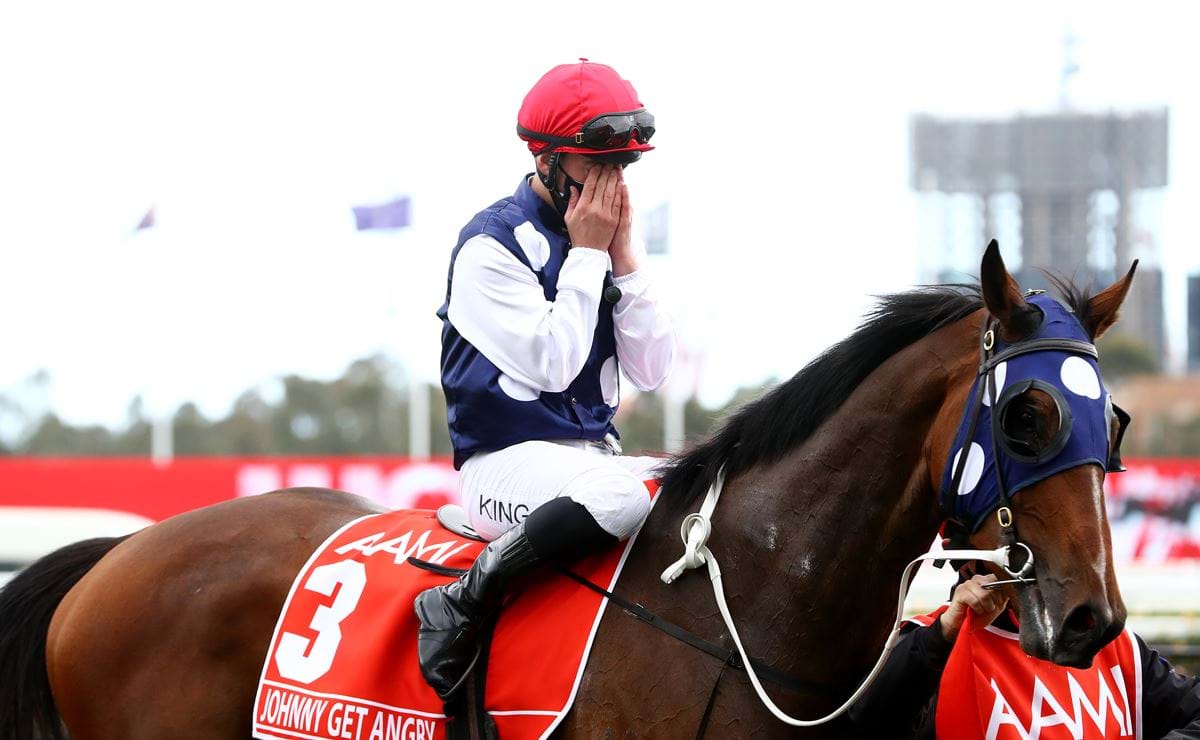 Johnny Get Angry was ridden by young jockey Lachlan King, who has partnered with Johnny Get Angry in all seven of his career race starts. Today’s fairytale win was the first Group 1 victory for trainer, horse and jockey. Pagan is also the outright owner of the Flemington trained three-year-old, the first horse in his stable.

Earlier in the day, the Group 1 Coolmore Stud Stakes saw the fillies beat the colts and geldings to take out the quinella, with September Run winning the race for Chris Waller and Craig Williams from Swats That. Chris Waller enjoyed a Group 1 double by subsequently taking out the Group 1 Kennedy Cantala with Yulong Prince, ridden by Damian Lane.

Shout The Bar won the Group 1 TAB Empire Rose Stakes for fillies and mares in a photofinish for Gai Waterhouse and Adrian Bott. It was another Group 1 for champion jockey Damien Oliver.

Earlier the German-trained stayer Ashrun won the Group 3 Lexus Hotham Stakes to secure his place in Tuesday’s $8 million Lexus Melbourne Cup for German trainer Andreas Wohler, who won the 2014 edition of the Cup with Protectionist. Wohler made the long journey from Germany to be at Flemington Racecourse today, where he witnessed Ashrun win the final golden ticket into Tuesday’s 160th running of the Australia’s greatest race.

“While we were disappointed not to be able to welcome people from Melbourne, Victoria, allover Australia and around the world to Flemington Racecourse, the racing action has certainly delivered, with some exhilarating finishes across a day including a heart-warming moment with champion AFL coach, Flemington trainer Denis Pagan training his first Group 1 winner with Johnny Get Angry.

“We now eagerly await the 160th running of the Lexus Melbourne Cup on Tuesday.”

The final field for the Lexus Melbourne Cup has been set for the race that stops a nation with Anthony Van Dyck carrying the top weight.